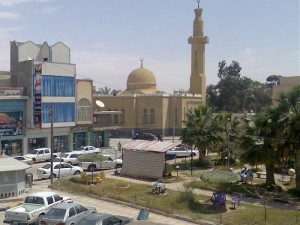 An Ajdabiya youth appears to have hanged himself (File Photo)

A thirteen year-old boy has been found hanged in a garage in Ajdabiya. Police say it appears that the young man committed suicide.

His body was discovered not far from the town’s Traffic and Licensing department. The public prosecutor has been informed.

This is believed to be the first such case to be reported in Ajdabiya. In Beida in the past year there have been an estimated 32 apparent suicides mostly among adolescents. The most recent was an 11 year-old boy found hanged on 22 October, the tenth seeming suicide in just over a month.

The interim government of Abdullah Thinni has set up a commission to investigate the phenomenon which has been blamed variously on online grooming to demonic possession as a result of playing a game called “Charlie Charlie” in which teenagers use crossed pencils to summon up an alleged “a Mexican Demon”.