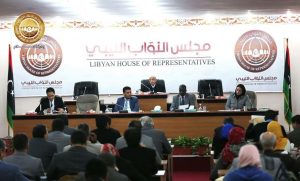 The House of Representatives has increased the retirement age from 65 to 70. It did so in a vote yesterday to amend the Social Security Law. However, the new retirement age is not binding: people may still retire at 65.

The session also approved adopting the International Convention on the Rights of Persons with Disabilities as well as a new police law. The latter will regulate the service more efficiently and protect the rights of policemen as well as their dutie and responsibilities. The session additionally amended the law on military prosecutions to widen the distinction in the remits of military and civic courts.

There was no discussion, though, on the stalled political dialogue talks in Tunis, which HoR president Ageela Saleh had previously suggested would be assessed.

Following yesterday’s decisions, the House adjourned its meeting until next Monday.