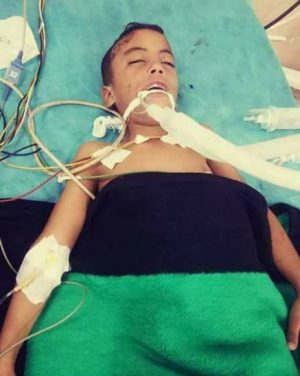 A brother and sister leaving their primary school in Benghazi’s Salmani district  today were hit by stray bullets.

The brother, Miftah Fathi Ashour was hit in the head and is in a serious condition in Jalaa hospital. His unnamed older sister was also hit but sustained only light injuries.

There is no information on the location from which the firing may have come.