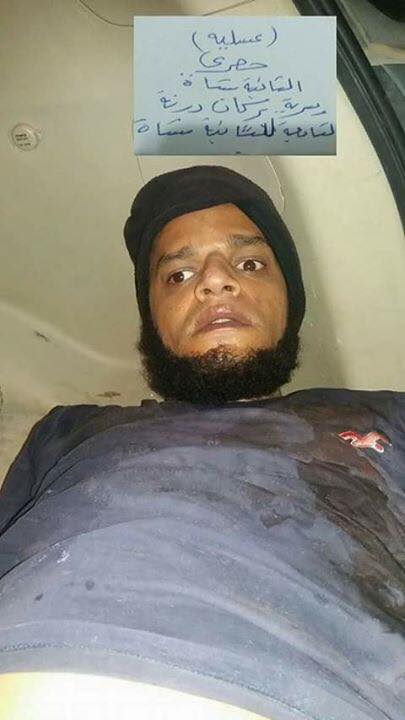 An Islamic State (IS) militant who was involved in the beheading in Derna of a Libyan National Army (LNA) soldier in 2015 has been captured in an LNA undercover operation in the town, it has been revealed.

Anis Bualjieh Awami, who held up the head of Abdulnabi Al-Shargawi at the Ateeq Mosque on 3 June 2015, was captured last month, although the news has only just been divulged. He was seized near his home in Derna by a small unit sent in to grab him and others.

Shargawi was an LNA volunteer who was captured on 29 May 2015 and then publicly beheaded a week later at the mosque. Awami was not the actual executioner. That was said to be Abdul Rahman Mikraz, killed a few days latter in fighting between IS and the Abu Sleem Brigade, the main element in the Derna Mujahideen Shoura Council forces. Awami was one of IS guards at the execution and held up the head to be photographed.

A local resident of Derna, born in 1987, he pledged allegiance to IS in 2014. After it was crushed by the muhajideen he was arrested and held first at a prison in the western Shiha area then transferred to Bishr prison. In 2016, he changed allegiance like a number of others, to the mujadideen. He then started working as a guard in the same prison, then later as a checkpoint guard.

It has not been revealed in any one else was captured along with him. 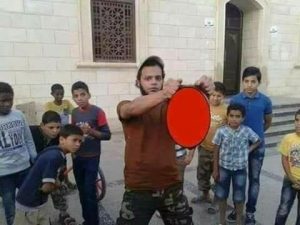