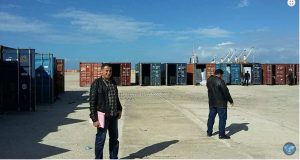 40 containers were discovered at Benghazi port with underpriced goods as part of an LC fraud (LANA).

Authorities at Benghazi port announced that they had discovered 40 containers last week loaded with underpriced imported goods as part of a US$ 8 million Letter of Credit fraud scam. The authorities did not name the company but said it had been referred for further investigation and legal action.

The discovery continues a trend since the 2011 revolution that toppled the Qaddafi regime and dismembered the Libyan state apparatus. The authorities said that the containers were supposed to be full of sugar but instead contained bricks, bottled water, and a sample quantity of lentils and canned tomato paste.

With the weakness of state security, monitoring and enforcement agencies and with the black market price of hard currency shooting through the roof – at about seven times its official rate, the LC financial fraud scam has become common.

Insiders told Libya Herald that many companies are being set up overnight, in conspiracy with corrupt bank employees, for one-off hit-and-run transactions. The Serraj-led GNA has set up a committee that is supposed to vet companies applying for LCs, however, fraudsters are still beating the system.

The failure to import adequate quantities of essential goods such as sugar have led to prices rocketing at a time when Libyan consumer’s purchasing power is diminishing. Libya is also running budget and balance of trade deficits and is making up the revenue shortfall by fast exhausting its hard currency reserves.

Foreign currency fraud could lead to collapse of Libyan economy