Barghathi operated on in Tunis 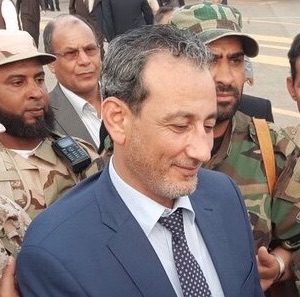 The Presidency Council’s (PC) defence minister has undergone surgery to his hand in a Tunis hospital following an injury sustained in the 2011 revolution. The operation is said to have been successful.

Mahdi Barghathi will now receive physical therapy, according to the surgeon Nizar Al-Mahgoub, before returning to Tripoli next week, a statement by the Ministry of Defence said.

Among those who called to wish Barghathi well was PC head Faiez Serraj. In May, he suspended him following the Brak Al-Shatti massacre in which 141 people died and in which the Benghazi Defence Brigades (BDB) were implicated, but then reinstated him. It has been seen as a war crime and Barghathi’s close relationship with the BDB has been a cause of dispute with the PC.

The defence ministry added that Barghathi was wounded on 9 September 2011 near Sirte and in the Hawari area of Benghazi in 2014.