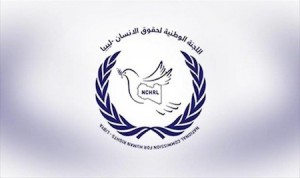 In a grim echo of the Al-Abyar summary execution of 36 men two weeks ago in the east of the country,  28 shot bodies also showing signs of abuse have been found in the west.

The Libyan National Commission for Human Rights’ (LNCHR) said that the victims, who were found beside a road in Alhira, 60 kilometres from Tripoli, were men captured during recent fighting in the Wirshefana area.

“We have received information that several Wirshifana military officials were killed and their bodies were desecrated, ” said the LNCHR, “after they had been detained by the joint forces under the Zintan Military Council’s command in cooperation with the Presidential Council’s western military zone.

It called for an immediate investigation by the attorney-general and by UNSMIL. It also asked why relatives had been refused permission to see and bury their dead. Fourteen of the bodies had been sent to Espiaa hospital and the remainder to Tarhouna.

The LNCHR’s Ahmad Hamza told Reuters today that the bodies showed signs of torture and the victims had been shot in the head and chest.