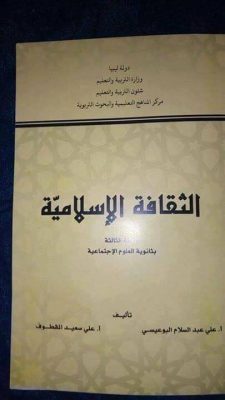 The row over a schoolbook on Islamic culture which approves suicide bombings against those seen as enemies of Islam has taken a fresh turn with the head of the education ministry’s curriculum department denying responsibility for it.

The book, which has being circulated to school students, was issued by the ministry under the authority of the Presidency Council’s Government of National Accord. The controversial text says that suicide bombers go to paradise while all other suicides – those who are trying to escape their problems in life – are doomed to hell.

The inclusion of the text has drawn massive criticism of the ministry on social media for spreading false doctrine and potentially radicalising young people. 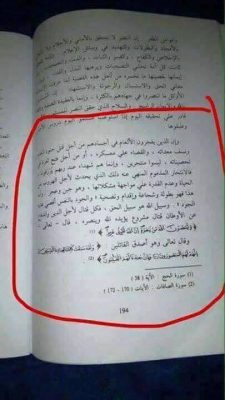 Denying responsibility for it, the head of the curriculum centre, Taher Al-Habib, is reported saying that it was first introduced into the book in 2005 but then dropped in 2007. It was then reintroduced by the pro-Islamist “National Salvation Government” of Khalifa Ghwell in 2015. As such, he suggests, his department was not responsible for coming up with it.

He has, however, agreed that in future, the text will be deleted.