Meeting today at NOC between Sanalla and head of Akakus Oil (Photo: NOC) 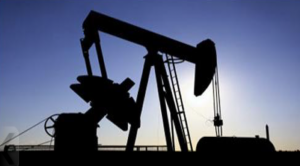 Staff at one of the stations in the Shahara oil field in southwest Libya were attacked last night, the National Oil Company (NOC) has reported. According to an NOC today statement today, several staff were assaulted at Concession NC 186. It did not explain the nature of the incident which did not affect production.

However, a Sharara official has told the Libya Herald that engineers on their way to NC 186 were attacked by gunmen. Nobody was injured, although the engineered were rough handled and two vehcles as well as mobiles were stolen.

In April this year, there was a similar attack near the 186 concession where at least one vehicle and possessions were taken.

There was an emergency meeting today in Tripoli between NOC chairman Mustafa Sanalla and the head of Akakus Oil, Nuri Al-Saeed, to assess security at the field. The head of the 91st Battalion, now in charge of protecting the Sharara field, Colonel Omar Al-Qadi, whom Sanalla phoned during the meeting, is reported to have said that his forces did not have sufficient equipment and men to secure all the facilities in the area.

Production at the field has averaged around 300,000 barrels a day over the past month following a two-day enforced closure at the beginning of October. At the time, the NOC blamed it on Battalion No. 30 which was supposed to be defending it. It is not known if it was responsible for yesterday’s attack.

Akakus, which operated the field, is a joint venture between NOC and Spain’s Repsol.