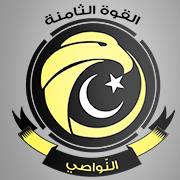 Tripoli’s Nawasi brigade has condemned the declaration from Field Marshal Khalifa Hafter yesterday that the Skhirat agreement is finished and the Presidency Council no longer legitimate.

It described Hafter’s words as a “coup against the democratic process” and an attempt to destroy the peaceful transfer of power.

Hafter was “foiling all international, local and Arab efforts” to restore stability in Libya, Nawasi said. It declared its “total rejection of these statements”.

The reaction followed comments by Hashem Bishr, the powerful Tripoli commander and security advisor to the Presidency Council, who underlined the “necessity” of having parliamentary elections. Today, he reiterated the sentiment, declaring that there had to be “elections and nothing other than elections.”

Libya had been divided politically and economically since 2014 with most sovereign and financial institutions split, he said. There were even rival intelligence agencies, Bishr noted. Without these institutions united as one, conflict was inevitable, he added.

In a Facebook post, Bishr blamed the conflict since 2014 on the separation of legislative and state powers and, as such, he insisted elections had to take place soon.

Without this unification, the economy would not improve, living conditions for normal Libyans would not get better and peace was unlikely to come, Bishr said.

“We must be free of resentment” and Libya must rise above hatred to unify the country, he declared. Continued queues for food, gas and money would not end if the officials in key institutions remained estranged and divided, he added.