A year on from Italy reopening its embassy in Tripoli: An interview with Italian ambassador Giuseppe Perrone 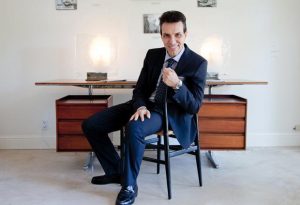 A year on from Italy reopening its embassy in the Libyan capital Tripoli, Libya Herald was granted an interview with the Italian ambassador Giuseppe Perrone. Libya Herald had been the first Libyan publication to interview ambassador Perrone upon his arrival in Tripoli in 2017.

The brief interview reviewed the last year’s events and looked forward to 2018 from the Italian ambassador’s perspective. Illegal migration, militias, bilateral relations, relations with Libya, Misrata and Hafter and the 2018 elections were some of the issues raised.

LH – How do you see the Italian role in Libya today? How do you rate the bilateral cooperation between the two countries in general?

Ambassador Perrone: “I think 2017 has witnessed extraordinary cooperation being carried out by Italy and Libya. The Embassy reactivation in January of last year has been critical in making that happen. By being on the ground daily and working with Libyans we managed to make an important contribution to Libya’s stability, specifically in the area of fighting all criminal activities which undermine Libya’s stability and its citizens’ wellbeing.

In addition, we are seeing Italian companies starting to come back to Libya, obviously conditional upon the situation on the ground. In the area of oil and gas it’s worth noticing that ENI has been the only international company operating in Libya even in the hardest of times”.

LH –Italy is the only Western country to have an open embassy in Tripoli, what services do you offer to the Libyan people? After a year, what are the results in terms of visas?

Ambassador Perrone: “True, we are the only Western country to have an Embassy operating out of Tripoli, but other countries are following our example and increasing their presence in Libya. That’s extremely encouraging. We issue Shenghen visas to Libyan citizens out of Tripoli and Tobruq. Despite the very high demand we continue to maintain a good standard of service, which we are committed to increasing even further in 2018.

We are active in reaching out to civil society and engaging the youth, and especially university students, through various initiatives of exchange and support. We work with healthcare institutions to improve their service-delivery capacity. We treat wounded fighters against terrorism both in Italy and in Libya. Our companies are involved in important projects aimed at rehabilitating critical infrastructure”.

LH – Previously Italy engaged in dialogue only with Tripoli. But last year we have seen several meetings with General Khalifa Hafter. What has changed?

Ambassador Perrone: “We believe Libya belongs to all Libyans. We are not about increasing divisions by supporting one side against the other. We believe in one united Libya where all citizens have the right to choose who rules them and where a unified army protects them from abuse. So, nothing has changed in our approach. We have a tradition of talking to all Libyans and of supporting inclusive solutions under the guiding principle of Libyan ownership”.

LH – In this eternal conflict between East and West, Misrata – whose mayor was recently killed – plays a fundamental role. What do you think? In particular, do you believe it is possible to achieve real reunification?

“Misrata is an important city which deserves respect and appreciation for the role it has played in the Revolution of 2011 and, most recently, in the fight against terrorism. We have a great relationship with Misrata and its people, exemplified by the field hospital which has provided much appreciated service in the last year and a half. The attack against Mayor Eshtewi has been a cowardly act which, however, will not achieve its intended purpose, which is to hijack the pursuit of peace and reconciliation”.

LH – The problem of immigration, according to many, is not a Libyan problem because Libya is only a land of passage. What progress and reverses have been achieved in the illegal migration file?

Ambassador Perrone: ‘‘On the migration file there has been important progress made in the last year, starting with the extraordinary decrease in the number of people who fell prey to smugglers. And that was thanks to impressive cooperation achieved by Italy and Libya. This includes the support to the Libyan Navy and Coast Guard, the aid to the affected communities with the idea to provide viable alternatives to an economy based on smuggling, the work with international organizations to speed up migrant returns and improve the conditions in migrant centers. In short, it’s been a year of progress. That’s very important to stress, because too much media coverage makes it seem as if things are going worse. That’s not true. It’s quite the opposite”.

LH –Talking of illegal immigration, Italy has been accused in some quarters of financing militias, not only through deals but also through payments.  Why?

Ambassador Perrone: “In 2018 we trust Libya will make important progress on the road of reconciliation which is the real topical issue. Reconciliation is a precondition for lasting stability and for full resumption of trade and investment ties between Italy and Libya as well as for development of all sorts of relations at the people level. We look forward to Libya being a place of peace and creativity, welcoming to women and the youth, economically vital and politically functional”.

LH – How does Italy see the next Libyan political elections?

Ambassador Perrone: “The Libyan people look forward to the opportunity of expressing their choices and selecting their leaders to run the country, by overcoming the current transition and engaging in a phase of full-fledged democracy, meeting long held aspirations for freedom and prosperity”.