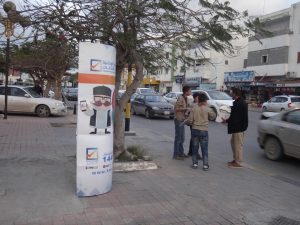 The Libyan High National Election Commission (HNEC) urged Libyans within the country interested in voting at the next election to register themselves as the registration process closes on 3rd February. HNEC has been continuing its voter registration awareness across the country and with a wide spectrum of society, including women and NGOs.

HNEC had announced that by yesterday, a total of 660,809 new citizens had registered since the process opened on 6 December last year. This brings the grand total on the electoral roll to 2,170,100 when added to those that had already registered for the 2012 General National Congress, the 2014 Constitutional Drafting Authority elections and the 2014 House of Representatives elections.

The more serious reports that some people were either able to register twice or that the system has been manipulated or hacked were denied by the National ID Number Authority in a statement earlier this week.

National ID Number authority denies the system has been manipulated