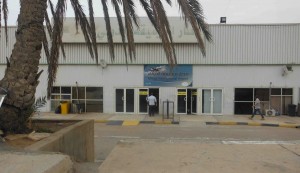 Tripoli’s only operating airport, Mitiga, reopened overnight after it was forced to shut down for security reasons due to gunfire.

Libyan media reports initially suggested that a mortar shell fell near the watch tower. This was denied by the RADA Special Deterrence Force which is based in the sprawling Mitiga airport compound – which doubles up as a military base. Other reports say a Wings airline flight was shot at as it was about to take off.

However, airport sources say that the airport was closed for precautionary reasons in fear of any further damage being caused to aircraft after gunfire was heard. Either way, flights were temporarily diverted to Misrata airport before normal schedules were resumed.

It will be recalled that on January 15 there was a large attack on the airport by a militia aligned to the Tripoli-based internationally recognized government; the Presidency Council/Government of National Accord (PC/GNA).

The attackers were attempting to free prisoners which the Tripoli government had labelled as extremists.