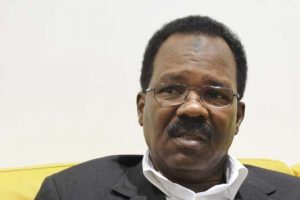 Former Qaddafi chief of staff and one time controller of the Libyan African Portfolio, Bashir Saleh has survived a gun attack in South Africa, French media report. Saleh has been living in South Africa for more than five years after leaving France.

French media report Saleh’s French lawyer confirming that Saleh was shot in his car with his driver on Friday on the road to Johannesburg airport. He was rushed to hospital and survived the ordeal. There is no evidence that it was politically motivated, French media reports.

Saleh is considered to be another ‘’block box’’ of information about the Qaddafi regime and alleged missing billions of Libyan assets in Africa. Media reports are inevitably making parallels with the death of former Libyan prime minister and National Oil Corporation chairman, Shukri Ghanem, who was found mysteriously drowned in Vienna in 2012.

French media has particular interest in the affairs of Saleh as part of their continuing investigations into allegations that Qaddafi had financed the presidential campaign of Nicolas Sarkozy in 2007.