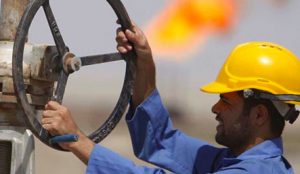 The international community declared their opposition to the move by Khalifa Hafter and his LNA forces to handover the control of Libya’s eastern oilfields and installations to the eastern-based National Oil Corporation (NOC).

A statement by France, Italy, UK and U.S. released Wednesday read: ‘‘The governments of France, Italy, the United Kingdom, and the United States are deeply concerned about the announcement that the Ras Lanuf and Sidra oil fields and facilities will be transferred to the control of an entity other than the legitimate National Oil Corporation.

Libya’s oil facilities, production, and revenues belong to the Libyan people. These vital Libyan resources must remain under the exclusive control of the legitimate National Oil Corporation and the sole oversight of the Government of National Accord (GNA), as outlined in UN Security Council Resolutions 2259 (2015), 2278 (2016), and 2362 (2017).

UN Security Council Resolution 2362 (2017) condemns attempts to illicitly export petroleum, including crude oil and refined petroleum products, from Libya by parallel institutions which are not acting under the authority of the GNA.

Any attempts to circumvent the UN Security Council’s Libya sanctions regime will cause deep harm to Libya’s economy, exacerbate its humanitarian crisis, and undermine its broader stability.

The international community will hold those who undermine Libya’s peace, security, and stability to account. We call for all armed actors to cease hostilities and withdraw immediately from oil installations without conditions before further damage occurs.

In September 2016, the LNA supported the legitimate National Oil Corporation’s work to rebuild Libya’s oil sector for the benefit of the Libyan people. This action served Libya’s national interest. The legitimate National Oil Corporation must be allowed again to take up unhindered work on behalf of the Libyan people, to repair infrastructure damaged after the attack by forces under the direction of Ibrahim Jadhran, and to restore the oil exports and production disrupted by that attack’’, the statement concluded.

On the other hand, in a separate statement yesterday, the EU said that ‘‘The European Union and the rest of the international community, as set out in several UN Security Council Resolutions on Libyan oil, have consistently opposed any attempt to sell or purchase Libyan oil outside the official channels managed by the Libyan National Oil Corporation (NOC).

The oil infrastructure, production, and export need to remain under the exclusive control of the NOC, with all oil revenues transferred to the Central Bank of Libya (CBL).

Recent statements calling for oil exports from the Eastern oil terminals to be approved by entities other than the legitimate NOC are therefore unacceptable and contravene UN Security Council Resolutions. Any illegal action that may jeopardise the country’s oil industry must be avoided.

The European Union will, together with its Member States, continue to counter any attempt to trade Libyan oil outside the internationally recognised official channels”, the EU statement concluded.

Meanwhile, the UN also expressed its concern about the move. In a statement attributable to the Spokesman for the Secretary-General on the situation in Libya released by the UN on Wednesday. the Secretary-General said that he was concerned about the latest developments in Libya’s Oil Crescent region. He called for de-escalation and for the return of all natural resources, their production and their revenues to the control of the recognised Libyan authorities.

The statement said that the ‘‘Secretary-General recalls, as stipulated in Security Council resolution 2259 (2015), the need for unity of Libyan institutions and the exclusive right of the National Oil Corporation to export the country’s oil.

The Secretary-General reiterates his support to the efforts of his Special Representative, Mr. Ghassan Salamé, towards an inclusive political process among all Libyans through the implementation of the UN Action Plan. The United Nations stands ready to work with the Libyan people, the legitimate Libyan institutions and all stakeholders to achieve a fair and equitable distribution of the country’s natural wealth as part of a peaceful, stable and prosperous Libya’’, concluded the UN statement.