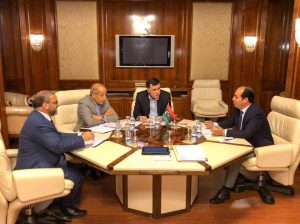 The reform programme, which has already been agreed upon by the Presidential Council and the Tripoli Central Bank of Libya, will deal with the dinar exchange rate by imposing fees on sales of foreign currency for commercial and personal purposes, dealing with fuel subsidies and other measures aimed at correcting distortions in the Libyan economy, the statement said.

During the meeting, the necessary mechanisms were adopted, and the procedures for dealing with the implications of implementing this programme were also agreed.