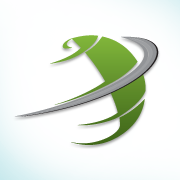 Al-Madar said that it will start the 4G+ service “soon” in the greater Tripoli area, and that the service will also be available in the east of the country “soon”.

It will be seen if the new 4G+ service will indeed be launched soon as the company has been promising to launch it for a number of years.

Equally, the Libyan public has been very frustrated by the consistency of internet service in Libya which has been frequently interrupted by the regular power cuts.

The 4G mobile service has been seen as being too expensive and using up a considerable amount of customers’ phone credit.