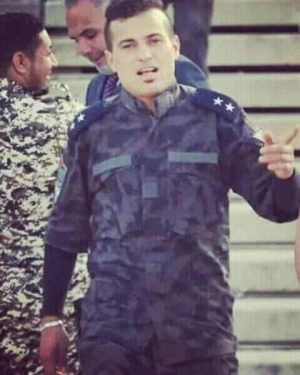 There is a fear that the assassination of a TRB militia commander could lead to a mini militia war in the capital (Photo: Social media).

There are fears that the assassination is in danger of triggering a mini Tripoli militia war.

Today, it is alleged that the TRB killed two members of Rada (SDF) in reprisal, whom they had seized last night at a central Tripoli checkpoint.

The TRB and Rada are one of the main four militias controlling the capital Tripoli.

After the south Tripoli militia fighting of August-September, they are both under pressure from the Serraj Presidency Council and UNSMIL to reduce their power and presence in the capital at the expense of the reguar state police and army.

The Radisson hotel, which also serves as the headquarters of the State Council, is one of the locations controlled by TRB, and Hankura was in charge of security there.

There are numerous unconfirmed reports in Libyan regular and social media speculating as to who was responsible for Hankura’s assassination.

One such candidate is the Rada militia and another is Hankura’s old militia, the Central Security Force led by Abdelghani al-Kikli aka Ghneiwa.

Its modus operandi has been to arrest those it wishes to question or wants for perceived crimes or misdemeanors. It is just as likely that the assassinations are the action of individual members.

On the otherhand, Hankura had fallen out with Ghneiwa and split from his Busleem-based militia to join the TRB.

It is just as likely, however, that the assassinations are the action of individual members over personal matters.

The two Rada dead men have been named as Muhannad Shengir and Abdul Salam Al-Rukibi.

Irrespective of what the real reasons behind Hankura’s assassination are, there is speculation that it could trigger a series of further militia assassinations and reprisals.

As usual, the Serraj PC/GNA has made no comments or statements of fact about the incident. It is customery for it to remain, publicly at least, a passive bystander when militias clash.

It remains to be seen how the newly appointed Minister of Interior, Fathi Bashagha, will react to events in view of his government’s new Security Arrangements to deal with miscreant  militias.