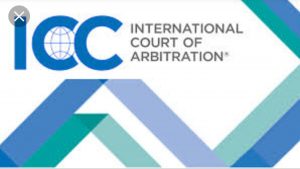 Libya has successfully defended a case at the Paris ICC Arbitration Court claiming €562 million against it in various types of compensation by a consortium of construction companies building its stalled Tripoli International Airport project.

The Libyan Transport Projects Implementation Authority reported yesterday that the Paris Court of Arbitration of the International Chamber of Commerce (ICC) issued its final judgement in case No. DDA/MCP/20892, which was filed by the consortium of Companies (Odebrecht Engineering and Construction, TAV-Tepe Akven for Operations and Investment, and the Contractors Union), contracted to implement the two passenger terminals at Tripoli International Airport.

In 2008, the Civil Aviation Authority (CAA), as the former contractor and executing agency for transport projects, as the competent authority to execute, monitor and close the project, where the total claims of the plaintiff were valued by more than €550 million, consisting of certified and ready-to-pay receivables and compensation for loss of profits and damage in general, as alleged by the plaintiff.

The case management, through an international law firm, has argued and presented defences, and has provided the execution of transport projects through the Committee in charge of the Commission and the consultants by providing all relevant documents and documents, studying the claims of the plaintiff and providing technical and financial analysis to refute the claims. The final verdict was as follows:

1. The arbitral tribunal’s refusal to claim the plaintiff’s value for the extracts submitted after the suspension of the work as a result of force majeure , valued at 113 million euros.

2. The arbitral tribunal refused to require the plaintiff to pay the penalty for the delay in payment for the amount of EUR 60 million.

3. The arbitral tribunal rejected the plaintiff’s claim for losses of expected profits (loss of earnings) valued at €111 million.

4. The arbitral tribunal rejected the plaintiff’s claim for compensation as a result of the sub-contractors ‘ claim of €70 million.

5. The authority rejected the plaintiff’s claim for additional costs not approved by the project consultant valued at €12 million.

6. Rejection of the amounts claimed under the preliminary contract, valued at 515 thousand euros.

7. Rejection of claims for pre-sentencing interest amounts of €23 million.

8. Ruling that the defendant must pay for the approved disposals for the executed works valued at 73.5 million Euro

10. The judgement that the extracts under the procedure must be paid prior to the occurrence of the force majeure conditions of 7.8 million euros.

11. The payment of bank guarantee letters to the plaintiff, valued at 15.4 million euros.

12. The judgement that the amount of the remainder of the payment made to the respondent must be restated and worth €49.6 million.

The summary of the provision is as follows:

– Total claims of the plaintiff (contractor) are approximately €562 million.

– The total amount awarded to the plaintiff is approximately 124.3 million:

Approximately 79.9 million euros of which are receivables for performing work payable.

€15 million of which are the cost of bank guarantee letters that have already been collected by banks.

– The total amounts awarded to the plaintiff, i.e. the duty to be recovered from the contractor in favour of the Libyan Transportation Projects Implementation Authority is approximately €49.6 million.

It will be recalled – and as reported on by Libya Herald at the time – that a number of arbitraton cases against Libya had been flagged up by the Libyan Audit Bureau in its 2015 Annual Report (pages 99-104) in which it had called on the Libyan authorities to appeal compensation settlements which it viewed with suspicion. It had pointed out possible corruption and foul play in some of these cases.

It will also be recalled that Libya had also successfully defended another case in February last year against Brazilian company Odebrecht LBCDC.

Libya was defending a compensation claim case brought against it by the Libyan Brazilian Construction and Development Company and Oderbrecht for about US$ 99 million (LD 129 m).

In May 2018 it also successfully defended two cases, one in Paris and the other in Beirut.

Libya defends two compensation cases during May; in Paris and Beirut