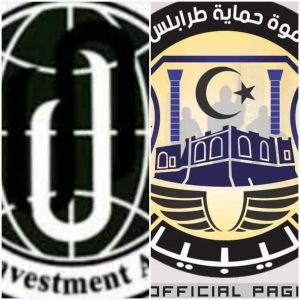 Faiez Serraj, head of the Presidency Council and Government of National Accord (PC/GNA), has made two controversial appointments to the Libyan Investment Authority (LIA) Board of Directors.

The appointments have invoked the anger of Tripoli’s main militias as well as his general critics.

The new appointments came on the back of a meeting of the LIA’s Board of Trustees on Saturday 23 February, chaired by Serraj in the capital Tripoli.

At the end of the Board of Trustees’ meeting, Serraj tasked some of its members with following up on some legal problems with the Attorney General’s Office. He also appointed Yousef al-Mabrouk, his chief of staff, as Vice Chairman of the LIA, and Mustafa al-Manaa, Advisor to the Central Bank of Libya, as an additional member of the LIA’s Board of Directors.

Al-Mabrouk was given the full acting powers of the absent LIA chairman.

Critics are unhappy that Serraj has appointed a close ally as Vice Chairman on the grounds of conflict of interest, lack of direct experience and cronyism.

The conflict of interest relates to the fact that Serraj’s appointee, Ali Hassan Mahmoud, the current LIA Chairman, is allagedly under arrest or house arrest on possible corruption charges.

Critics fear Serraj has placed his man Mabrouk in the LIA to do a clean up job of any incriminating evidence that may lead to him.

They also point out that the post of Vice Chairman did not exist previously and is not present in the LIA’s organizational structure or its statutes.

There is also increasing objection to Serraj’s unilateral decision-making in contravention of the Skhirat Libyan Political Agreement (LPA).

More controversially on a political level, Serraj also appointed Mustafa al-Manaa, Advisor to the CBL, as a member of the Board of Directors. Manaa is widely perceived as an Islamist/member of the Muslim Brotherhood.

His appointment is in addition to the remaining five former Board Members, including the arrested Mahmoud. This brings the total number of LIA Board Members to seven.

This move has also been criticised for abuse of power, especially that of a transitional prime minister-designate, of a transitional government, during a time when the LPA prescribes that all leading sovereign positions are to be chosen consensually.

Serraj has failed to justify why he felt it necessary to appoint additional board members rather than replace some of the existing ones.

The most worrying if not existentialist criticism for Serraj came in a lengthy and scathing 4,000-word statement by Tripoli’s leading militias.  These are the very militias that prop-up the weak Serraj regime.

The statement by the Tripoli Protection Force (TPF) on “the ongoing systematic tampering with the state’s economic and financial institutions” criticised Serraj for his unilateral decision-making and for making the Libyan political scene even more complicated by ignoring the LPA.

The TPF said that it was fully aware of the extent of corruption and waste that affects the assets of future generations, through certain known groups that orbit the Presidential Council and resemble gangs, at a time when Libyans suffer the hardship of living day by day.

The TPF renewed, for the third time, its assertion that it will not comply with the Presidential Council and its decisions unless issued by consensus of its nine members in accordance with the well-known mechanisms defined by the LPA.

The TPF renewed its unlimited support for holding presidential and parliamentary elections in the near future as a means to end the current political division, which appeals to some actors for its fertile environment for systematic looting and financial and administrative corruption.

They add that the Serraj government also affirms its full readiness to do everything it can in accordance with its competences in order to make the electoral entitlement successful.

To this end, they call on the the House of Representatives (HoR) and the High State Council (HSC) to play their oversight role to ensure the country emerges quickly from the crisis.

The TPF warned all Libyan people that the extent of corruption and systematic looting has exceeded all scopes. They said that they are following daily international and local reports on the dispersal of the Libyan frozen funds abroad and their erosion in the billions for the benefit of unknown parties.

Having stressed in previous statements that they have no political role, the TPF stressed that this statement is not interference in the work of state institutions or in violation of its competencies, but at the same time emphasized that the TPF is forced to speak out in light of the moral burden that weighs on them day after day.

This is also based on what they see in the reality of living on the ground and suffered by citizens and the collapse of the economiy.

They also noted the return of bank queues, the spread of poverty, the spread of various types of criminal and moral crime, family disintegration and even terrorism, which made the TPF double its efforts to secure the capital.

The TPF called on the regulatory bodies in Tripoli, represented by the Administrative Control Authority and the Audit Bureau, to shoulder their national responsibilities towards the assets of the Libyan people and to move away from the cheap political deals and concessions that have become apparent both locally and internationally.

The TPF appealed to the Attorney General, the judiciary and the various judicial authorities to take quick and deterrent measures against anyone who wishes to disregard the citizens’ wishes in order to reach political gains. They also affirm their readiness to execute the orders of the Attorney General.

They called on the United Nations Support Mission in Libya (UNSMIL) and its head, Ghassan Salama, as sponsor and responsible for the LPA to determine their position on this tampering by the remaining (incomplete) token of the Presidential Council.

In conclusion, the TPF said that Libyans strongly reject the continuation of the country’s political and administrative division and the corruption that has destroyed its state institutions.

They also seek to determine their fate and restore their trust through the ballot boxes, which all seem to publicly support but clandestinely block through money, improper political decisions, and ideological agendas revealed by a well-known group (the Islamists)  – a group that the Libyan people had previously rejected three times through the ballot boxes.