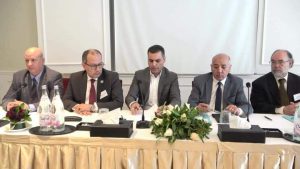 The agreement is based on a joint belief that national political parties and organizations are the basic instrument for building a democratic Libyan state, the joint statement said.

The agreement is reported to be the culmination of more than two years of work in order to reach agreement on a number of general principles.

The signatory parties ssid the signing of this charter comes at a time when Libya is undergoing a political divide that has led to the deterioration of the standard of living and increased suffering of the citizen, and this requires intensifying the efforts of all Libyans to get the country out of its crisis.

The six parties that signed the charter are: