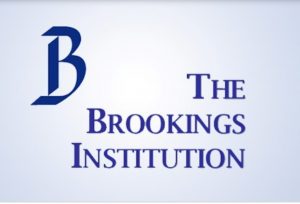 It suggests the US re-opens its embassy and posts an ambassador in Libya for a more reinvigorated engagement.

The new approach would refocus police towards ore stabilization of Libya, away from the current counter-terrorism focus.

The new approach would focus on empowering and working with mainly city-based municipalities.

It would use the distribution of Libya’s rentier-state funds as the carrot to gain the support of cities, tribes and militias.

The approach does not focus on the DDR of militias nor does it seek a rush to elections.

Here is the full executive summary of the report:

“Libya has floundered since the overthrow of Moammar Gadhafi in 2011, and continues to struggle now. There are elements of a functional economy and governance, but otherwise only a hodgepodge of very weak central institutions and improvised local arrangements, as militias and other actors compete for the spoils of the state. As a result, Libya remains in disarray, representing a potential source of terrorism. It also constitutes a clear and present danger in terms of unregulated flows of people to Europe, originating from within its own borders as well as neighboring African nations. The risk of greater Russian influence is growing with time, as well. There may now be a glimmer of hope, however, as a U.N.-led effort in Libya starts to gain more traction. Encouraging, if fledgling, economic reforms in late 2018 add further promise.

We propose a new U.S. approach to Libya that centers on the concept of reinvigorated American engagement. For years, U.S. support for the U.N. mission has been passive, consisting largely of positive words in the Security Council. More sustained and assertive U.S. leadership can make the difference as to whether, this time, the U.N. approach succeeds in uniting Libyans and their international partners, including with an important national conference that may take place in Libya in 2019.

As an essential element of this leadership, the United States should return Americans, and a U.S. Embassy and ambassador, to Libya. It is important that the embassy presence be conducive to interaction with Libyans from many regions and tribes, and that it include numerous political and economic/development officers (as well as security personnel), too.

Consistent with existing approaches endorsed by the United Nations, numerous foreign countries, and many Libyans themselves, the United States and other outside actors should also focus on empowering individual municipalities. National-level efforts would continue as well, of course. They could build up institutions including the coast guard and perhaps elite security forces to guard key national assets and personnel; they could also continue to promote economic reforms. But much of the emphasis should shift to local actors—elected municipal governments, supportive militias that are willing to abide by higher standards of behavior and cease criminal misconduct, and civil society groups.

Washington should also use more senior-level diplomacy to forge a regional and international consensus behind the U.N. process and reduce unhelpful and competitive external meddling in Libya’s domestic politics. Because of its distance from Libya, its relative disengagement from the country in recent times, and its relationships with European allies as well as Persian Gulf partners, the United States is the only power that can credibly deconflict, at least partially, the roles of foreign actors.

We propose a city-first paradigm that would not be a radical departure relative to realities on the ground today, or to the expressed wishes of many Libyans. Rather, it would constitute a significant shift in formal strategy and in political horizon or vision. It would only make sense if and when most major Libyan actors—current government officials, major militia leaders, technocrats in the current government, and other individuals committed to the country’s future—would endorse such a shift in approach.

Significant economic, political, and security activity would then center on the country’s dozen to 15 major cities. Criteria would be established for how local entities could qualify for their fair-share allotment of oil revenues and international aid. An oversight board composed of Libyan technocrats and foreign experts would assess eligibility based on the actual behavior of the local actors. They would have the power to dock militias and other local actors a percentage of their monthly allocation of funds in the event of serious misbehavior such as abuse of human rights, interference with normal economic activity, theft, or violence. Libyan militias and political actors do sometimes have tribal proclivities, but they generally lack the kind of toxic ideological or sectarian motivations that worsen cycles of violence in much of the region. They are driven more by competition for their share of the state’s wealth, as well as control of the neighborhoods and cities that matter most to them. Our hope is that many can therefore be induced to change their behavior for the better. Such a process could start slowly but then accelerate, as militias and other actors witness how the dynamics work, and decide not to be left out of the new system.

National-level institutions would someday be constructed out of those metropolitan entities. They would include, ultimately, a new parliament, a gendarmerie, and/or an army. But national elections, while still important to keep on the political horizon since there is no real alternative method to establish a national government that could be widely seen by Libyans as fair and legitimate, would not be rushed.

Counterterrorism would remain a top priority for the United States and other countries under the new approach. However, it would be pursued in a more nuanced way, with tighter standards about which local actors to choose as partners. Because the threat of terrorism appears relatively constrained, there is less need to create potentially unsavory relationships with local actors who can help with the counterterrorism mission, but often at the expense of trying to create a more stable state. Libya may now be in a position where the balance of these two priorities—immediate counterterrorism and stabilization (itself needed for successful long-term counterterrorism efforts)—can shift somewhat in favor of the latter.

Several in our group of authors, while endorsing all of the above ideas, also believe that the prospects for a new strategy in Libya would be very significantly enhanced by the authorization and deployment of a U.N.-sanctioned security force, assuming a request for such a force had been issued by key Libyan actors. Given Libyan national pride and patriotism, that force should have a narrow mandate focused on protection of specific assets, institutions, and locations. But it would have to be granted robust rules of engagement for self-defense, in order to be effective.”

PC meets foreign media and vows to facilitate their work