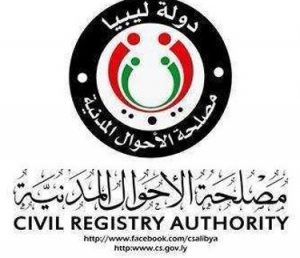 The Civil Registry Authority (CRA) has stressed that the alleged forgeries of National ID Numbers is not as wide as has been claimed.

In a statement released today, the CRA said it was surprised by the media statements by the Tripoli Central Bank of Libya (CBL) Governor El-Kaber claiming that there has been a large number of forgeries in the CRA’s National ID Number database.

It will be recalled that the Tripoli CBL Governor had announced that he had halted the payment of the Hard Currency Annual Allowance because of a large number of forgeries in the National ID Number database.

The CRA advised that the CBL vet its database and called for urgent meetings to review the database in order to hasten the disbursement of the Hard Currency Annual Allowance.

It pointed out that it has called for numerous meetings with the CBL without any success.

The CRA accepts that there is human error and that there are errors in the database, which it is taking steps to mitigate, but that these errors are not on the large scales claimed.

Conference on PPP in airports sector held in Tripoli