LNA claims to have pushed further south to Gatrun 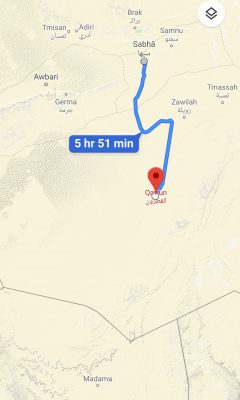 The LNA says it has reached the southern town of Gatrun (Photo: Google).

The Khalifa Hafter-led Libyan National Army (LNA) has announced on Sunday that it has ventured further south towards the Chad-Niger border to the town of Gatrun (Qatrun).

Like a number of other towns and areas it has recently taken “control” of, the LNA has claimed it entered the town peacefully and was welcomed by locals.

It added that this expansion south comes within “the process launched by the General Commander (Hafter) to cleanse the south from the grip of terrorist groups and criminal gangs arriving from all regions south of Libya”.

A number of photos and videos have been posted showing LNA forces being welcomed into Gatrun.