Chad closes its border with Libya 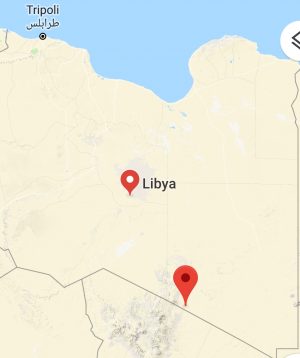 Chad’s government announced  that it has shut its border with Libya until further notice.

In a televised statement on Sunday, Chadian Minster of Security said that the decision was aimed at preventing Chadian  rebels and terrorists from entering his country.

The move by Chad comes at a time of military operations launched by the Khalifa Haftar-led Libyan National Army (LNA) in the south of Libya against Chadian opposition fighters and terrorist groups in Libya’s southern Fezzan region.

Chad’s announcement also comes about a month after armed groups entered its northern territory from southern Libya. There were also reports of French airstrikes against Chadian rebels heading into Chad from Libya.

It is not clear what the real aim of Chad’s announcement is. The Libyan-Chad desert border is very porous and virtually impossible to control. This is especially the case with the Libyan state weak, dis-united and in political crisis.

Tripoli and Chad have co-signed a regional border security agreement, but Tripoli is too weak to have any real influence on its southern border which is currently under relatively more control of Hafter’s LNA and it’s local allies.