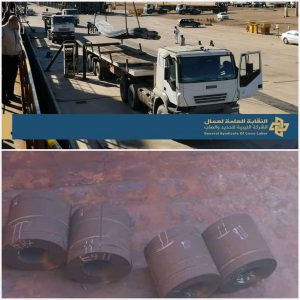 Libya’s state iron and steel company, LISCO, announced last Wednesday that it has made its first export shipments to Egypt and Algeria.

The shipments were of 10,000 tons of rebar hot rolled steel. It said that other potential exports were being negotiated with a number of other countries.

It will be recalled that LISCO had increased its production capacity last year and has been cleared to export 150,000 tons by the Ministry of Economy.

It will be recalled that while on the face of it Libya’s economy, and especially its private sector, is stalling, the private sector construction centre has been active with increasing demand for building reinforcing steel bars (rebar) and ready-mix concrete. This is not on a huge state-level scale, but new buildings have not ceased to be constructed across the country throughout the years since the 2011 revolution.