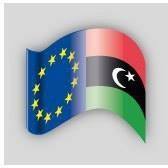 The EU Delegation to Libya issued a joint statement after their visit to Tripoli today (Photo: EU Delegation).

Ambassadors of the European Union and the Member States accredited to Libya held joint meetings today in Tripoli with a number of high Libyan officials including Chairman of the Presidency Council Faiez Serraj, President of the High Council of State Khaled Meshri, Minister of Foreign Affairs Mohammed Siala, and Minister of Interior Fathi Bashagha. The Ambassadors also met with UN SRSG Ghassan Salame.

The joint visit of Ambassadors representing the European Union, Austria, Belgium, Czech Republic, Finland, France, Germany, Hungary, Italy, Poland, Romania, Spain, Sweden and the United Kingdom allowed for an exchange of views on the political and security situation in the country and supporting efforts towards moving forward the political process aimed at ending the period of transition.

At the end of the visit, the European Union Delegation issues the following statement in agreement with the EU Heads of Mission to Libya:

“In our meetings today in Tripoli, we reaffirmed the EU’s unwavering commitment to Libya’s stability, democratic transition and prosperity. We are keen to develop with our Libyan neighbour a solid partnership based on shared interests and values.

We are fully behind the continued efforts of UN SRSG Ghassan Salamé and UNSMIL to secure a political agreement. We applaud the ongoing discussions between key stakeholders to end the transitional stage in Libya and reaffirm our support for holding fair and secure national elections, as soon as possible.

We call on all parties to put aside their differences and work towards the establishment of a stable, unified and inclusive government that can deliver basic services for all Libyans.

We urge the government and the Central Bank of Libya to ensure immediate funding for such services, including at the municipal level. An appropriate framework for effective local governance, based on successful municipal elections and a mechanism for a fair distribution of government revenues, remains a key pillar for the stabilization of Libya. The restoration of services is particularly pressing in the South, where they had been lacking for years.

We heed the call of the Libyan people for the restoration of security. As expressed during the National Conference process, Libyans favour unified security and military institutions, free from political, partisan and regional interference and subject to civilian and judicial oversight.

The EU welcomes effective and rules-based action against terrorist groups and organised crime, in compliance with human rights and Libya’s obligations under international law. As shown by recent listings of individuals under international sanctions, those who threaten peace and security will be held accountable under existing UN Security Council resolutions. In this respect, we urge our Libyan partners to ensure that UN sanctions are fully implemented.

The EU continues to support Libya in institution building, improving service delivery and community stabilisation, through projects and programmes, both ongoing and committed, amounting to €431 million.

We continue to work with the Libyan authorities and organisations to promote human rights and gender equality. In particular, the EU urges our Libyan partners to respect the space of civil society organisations and journalists to carry out their work in freedom and safety.

In our meetings today, we also encouraged our Libyan partners to strengthen efforts to fight human trafficking and to ensure respect for human rights and humanitarian standards with regards to migrants and refugees, including in detention centres.

Finally, we urged all relevant stakeholders to continue moving forward with full-fledged monetary, fiscal and subsidy reforms, in collaboration with UNSMIL and World Bank/IMF, to improve the conditions for trade and to stimulate the private sector as an engine for growth and prosperity.

We also welcomed the recent decision by the National Oil Corporation (NOC) to resume oil production at the al-Sharara field, and stressed that these Libyan resources must remain under the exclusive control of the NOC and sole oversight of the GNA, for the benefit of all Libyans.”‎