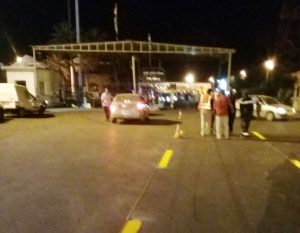 The Tripoli-based Ministry of Interior has assured travelling Libyans that its computer system is now up and running again after experiencing problems over the last few days at the Rad Jdair Libyan-Tunisian border crossing.

It will be noted that queues at the land crossing have been horrendous with no facilities in searing summer temperatures.

One relative visiting someone in hospital in Tunis had to wait 12 hours with his wife going out and returning to Libya.

The Ministry said that the system is now working for both travellers leaving and returning to Libya and that “movement at the crossing is now going naturally and smoothly”.

The use of the term “smoothly” would be contested by most travellers using the border crossing.

The Ministry of Interior said up to 6,000 passengers were using the crossing per day in recent days.