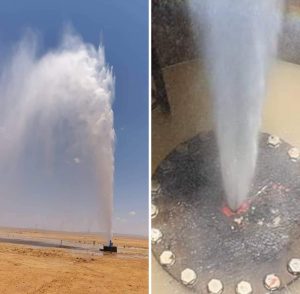 The announcement comes after the MMR had announced on Tuesday that water supplies to the Greater Tripoli area had been cut after inspection room 455 had been attacked and vandalised.

This had led to a huge leak which necessitated the shut down of pumps in order to fix the damage.

The MMR said that it expects water supplies to return and increase gradually to all the affected areas – in line with what is technically possible.

The MMR has repeatedly warned that the country’s water supplies should not be used as part of the ongoing political struggle in Libya that has ensued since the 2011 revolution that overthrew the Qaddafi regime.

It warned that continuous attacks on the system could herald a national disaster and crisis in terms of continued national water supplies.

It will be recalled that Libya’s and particularly the capital Tripoli’s water supply has been used regularly as a means of political and power leverage by numerous individuals and groups to air their grievances against the central authorities since the 2011 revolution.

This means of grievance expression has also extended to the electricity and oil sector.