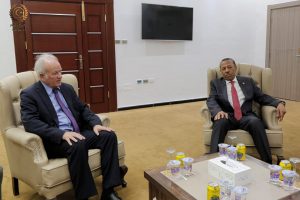 The report says the meeting came on the back of the Interim Government’s success in eliminating the hygiene crisis in various areas of the east, including the municipality of Benghazi.

It reports that the recycling move comes as part of the Interm Government’s ongoing quest to find a radical and lasting solution to the hygiene issue.

The report says the German company was invited to submit proposals on a BOT basis for the project through the eastern Ministry of Local Government.