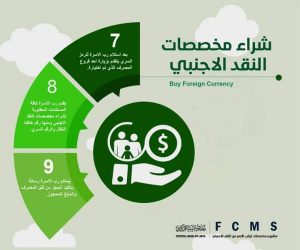 The Tripoli-based Central Bank of Libya (CBL) has adopted an electronic Know Your Customer (e-KYC) system for this year’s round of disbursing the annual hard currency allowance.

Applicants for the allowance must ensure that their mobile phones are registered in their names and linked to their National ID Number.

The allowance was supposed to be US$ 1,000 this year but the CBL has returned to the usual US$ 500 per person without giving any official reason. It is widely believed that the reduction is as a result of the war being fought by Tripoli against the Khalifa Hafter forces launched on 4 April this year.

The CBL had announced on 19 August that it would start disbursing the allowance from the 20 August.

The adoption of an e-KYC system by the Tripoli CBL, a paperless Know Your Customer process, wherein the identity and address of the subscriber are verified electronically, is seen as an attempt to reduce corruption and provide a speedier and more efficient distribution system for the annual hard currency allowance.

The move to e-KYC is putting much trust and reliance on Libya’s two main state-owned mobile service providers, Madar and Libyana, which are constantly hampered by the acute nation-wide power cuts, and the country’s whole telecommunications and electronic infrastructure.