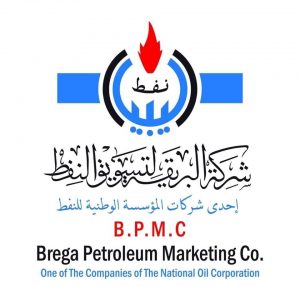 The NOC’s subsidiary, Brega Marketing Company, has evacuated its Mitiga airport aviation fuel depot due to continued attacks on the airport (Photo: Brega).

Libya’s National Oil Corporation (NOC) reported yesterday that its subsidiary, Brega Petroleum Marketing Company (BPMC), had evacuated all its teams from a warehouse at Mitiga airport, Tripoli’s only functioning airport, after its firefighting unit was shelled on Friday.

It said that BPMC withdrew all of its storage tank and aircraft refuelling trucks due to ‘‘the high risk of bombardment’. This latest attack left just a single vehicle able to service emergency and medical aircraft. Non-essential personnel were also evacuated for their safety’’.

The NOC strongly condemned this latest shelling of its infrastructure and personnel. It said that it continues to call for a ceasefire to hostilities and for all parties to respect their commitments under international law, including the targeting of civilian and energy infrastructure.

The shelling of the Mitiga airport aircraft fuel depot comes on the back of accusations by the eastern Libyan side in the current armed conflict that the NOC was not supplying it with adequate aviation fuel.

The inference is that it is reducing aviation fuel to the east of Libya-based Khalifa Hafter Libyan National Army (LNA) forces with the implication that aviation fuel intended for civilian use at eastern-based airports is either being used or might be used in the future to fuel LNA Air Force fighter jets. The aim is to reduce the LNA’s capability to continue its airstrikes.

On Friday the NOC reacted to this accusation by saying that “Jet fuel stocks in the East are more than adequate to cover demand. NOC takes no side or part in the conflict in Libya and it rejects any attempt to portray it as doing so.”

It added that it was ‘‘a national institution working for the benefit of all Libyans’’ rejecting ‘‘any attempt to portray it as a participant in the war, or supportive of any side’’.

It added that BPMC continues to distribute and provide sufficient fuel quantities nationally to satisfy civilian demand. Jet fuel stocks and supplies are more than adequate to cover domestic demand in both the East and West of the country.

That BPMC’s warehouses at the airport have been repeatedly attacked since the outbreak of fighting over Tripoli. On 3rd July a shell landed near the Airport Road Depot facilities in Tripoli as a result of clashes in areas near the site. On16 June a fire broke out near liquefied petroleum gas tanks also at the Airport Road Depot “as a result of direct shelling of the facility”, but fire brigades were able to control it and put it out.

Mitiga Airport was officially shut down on Sunday (1 September) by Libya’s Civil Aviation Authority after it was hit by missiles again late Saturday/early Sunday morning. UNSMIL had reported that this was the seventh occasion since the end of July 2019 that Mitiga airport was hit by what it called ‘‘indiscriminate shelling’’.

The attack was blamed by the Faiez Serraj Tripoli government on the Khalifa Hafter-led forces.

All flights have been diverted to Misrata, a two-and-a-half-hour drive east of Tripoli.

The closure is indefinite with news circulating in Tripoli that it may be lengthy as airliners fear for their aircrafts and authorities search for ways to make the airport more secure.

On previous occasions the airport would be reopened quite quickly after being hit by missiles or airstrikes.

The attack on Mitiga airport had led to four civilian injuries, including 3 pilgrim passengers (a woman and two men), and another civilian being hospitalised, while another 30 pilgrims who had fainted and experienced high rates of blood pressure and diabetes as a result of the panic – were also admitted to hospitals.

There was also some minor damage to infrastructure, parked cars and shrapnel damage to one aircraft.

The civilian injuries had occurred because the attack on the airport coincided with the landing of the Libyan Airlines flight upon its return with pilgrims from Saudi Arabia. The Serraj government and UNSMIL had condemned the attack.

It will be recalled that the Khalifa Hafter-led LNA launched its attack on Tripoli on 4 April in order to ‘‘liberate it’’ from ‘‘terrorists, militias and Islamists’’.