Libya’s Express Passenger Transport Company is to buy buses from the Tajura based state-owned Truck and Buses Company (TBCo).

TBCo has had a long-standing agreement to assemble trucks and buses with the Italian company IVECO, and is probably better known for the thousands of IVECO ‘Daily’ white micro buses that carry most of Libyan passengers all over Tripoli.

It will be recalled that a separate company, Asahem/Essahim Company had announced that it had signed an agreement with a Chinese company to manufacture for it up to 130 public transport buses for use in Tripoli. The first batch have arrived in Tripoli and an airport shuttle from Tripoli to Misrata airport has started operating.

In March, TBCo had aired its objection to the import of these public buses, announcing that it had the capability to manufacture these buses locally. It also announced that it had complained to the Libyan government citing the infringement of laws protecting local production.

Meanwhile, the state-owned Express Passenger Transport Company has been struggling to continue running its routes, including its routes to Tunis and Cairo. It lacks foreign currency funds to import spare parts or import new buses and after 4 April and the Tripoli fighting, it lost its fuel depot situated in the battlefront. 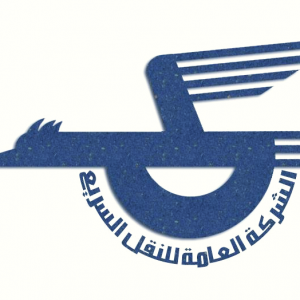 The fuel depot is supplied with fuel at the official (and highly subsidised) price and it has not been able to operate using inflated black-market fuel prices.

We had added that ‘‘It is to be recalled that many, if not most, of the state-owned enterprises have been loss-making operations for decades under the previous regime and were in the process of liquidation and closure. They were seen as sources of corruption, job formation and a means of hiding unemployment’’.

We also postured that ‘‘There is no doubt that both the present Transitional Government and the post-election Temporary Government will be under immense political pressure to keep the factory going in order to create jobs for the masses of unemployed Libyan youth. However, it remains to be seen if the factory is able to operate profitably and if it is able to compete with Far Eastern imports – without any subsidies? ‘’

Those questions about Qaddafi-era entities are still valid today and may account for why the ‘‘independently’’ controlled Asahem/Essahim Company chose to import from China rather than manufacture from an existing factory in Libya.