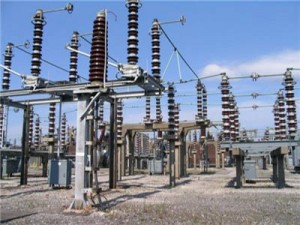 The Tripoli-based Audit Bureau of Libya revealed yesterday that its committee, formed to investigate the causes of Libya’s acute power cuts that have been plaguing the country since the 2011 revolution, will present its final report within the next ten days.

At a meeting held on Monday the interim findings were reviewed which revealed ‘‘defects in the management and operation of existing power stations’’ and the ‘‘poor direction of the (General Electricity Company of Libya-GECOL) company’s resources and budgets’’.

The Audit Bureau committee also revealed that it had identified a number of cases of what it called ‘‘deviations and neglect’’ that had caused the ‘‘reduced efficiency’’ of many power generation units and resulted in the ‘‘lower production of stations to less than half’’ of their actual capabilities. There was also a threat that these could ‘‘completely fail’’ if the company continued to be run as it is.

The meeting also aimed to follow-up on GECOL’s actions in the implementation of the electricity production plan approved by the Faiez Serraj government, which aims to raise capacity by more than 1,200 MW before the winter peak demand period.

Libya’s inability to solve its electricity problem is a microcosm of the post revolution country which has a guaranteed annual oil income, yet has been unable now for eight years to solve its power supply problem.

GECOL have long admitted that there is a generation capacity deficit of about 2,000 MW, with its power stations only producing about 5,000 MW as opposed to a peak winter and summer demand of about 7,000 MW. This deficit has persisted despite the company receiving billions in state budgets.

At a heated July press conference where it was attempting to gain public sympathy or understanding – but failed miserably – it confirmed a long list of outstanding contracts in place totalling 5,000 MW, that if completed, would wipe out the power cuts.

It admitted that these projects have been mostly stalled since 2011 despite GECOL trying on various occasions to get the contracting companies to return. For example, contractors had returned in 2013 only to leave in 2014, and they returned in 2015 only to be forced to leave again due to lack of security in 2016. The last example of this, GECOL pointed out, was the kidnapping of the Ubari plant foreign employees.

GECOL pointed to the example of Algeria and Egypt who had both a power generation deficit which they resolved in three years and now have generation surpluses.

Completing these stalled contracts is the solution to Libya’s power shortage, GECOL had stressed. However, foreign contractors will not return with Libya’s current security situation as their precondition to returning is the guarantee of security for their employees, it had explained.

GECOL had even admitted that some foreign companies sent their own security plans as a precondition to returning to Libya. GECOL had said they had approved these plans. It had said they were still trying to convince the foreign contractors to return and were hopefully some will return “soon”.

Meanwhile, the Libyan public has become totally fed up with press conferences and is no longer interested in the excuses for the causes of the power cuts. They are unhappy with the billions allocated to GECOL without any apparent results.

It will be recalled that GECOL had signed an MoU with German energy generation giant Siemens in August 2017. The agreement was supposed to pave the way for the return of the German company to Libya to complete its many outstanding projects.

These include the completion of the Ubari power plant in southern Libya, which was over 90 percent complete, as well as providing urgently needed maintenance to a number of other power plants.

Well-placed sources had told Libya Herald that the agreement ‘‘covers GECOL priorities and support that Siemens will provide especially with regards to fast-tracking the projects and giving high priorities to the service needs’’. In reality, the agreement failed to solve Libya’s electricity crisis.

No mention was made of GE’s existing stalled projects or of any newly suggested proposals as a solution to the ever-present problem of insecurity in Libya, which is seen as the main reason preventing most foreign contractors from returning to the country.

With this in mind, and no public clarification about what is different about this MoU on electricity, many critics have discussed the MoU as no more than a PR stunt.