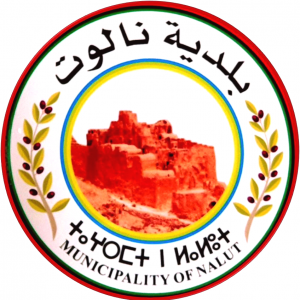 The meeting continues the new growing trend in Libya of regional decentralization which is being pushed by the Serraj government. The trend means that increasingly, regions are taking the initiative in local development.

Nalut is culturally an Amazigh town located 272 km or three-and-a-quarter hours’ drive south west of Tripoli on the other side of the Nefusa Western Mountains and only 58 km annd an hour’s drive from the Wazen-Dehiba Libyan-Tunisian land border.

The Nalut Mayor asked the Transport Ministry to include these proposed development projects in its proposed 2019-2020 plan and budget in view of the importance of these projects, and particularly the development of the border crossing, which the Mayor saw as providing a national service to all Libyans.

The Wazen border crossing has often taken on greater significance from time to time since the 2011 revolution whenever the main Ras Jdair land crossing has had problems. It has currently been closed down by the Tunisian authorities and has been experiencing a go slow process for months.

On the other hand, in view of the distance to the main coastal urban centres, Nalut is keen to upgrade its tiny airstip into a small or back up airport to improve transport to Tripoli – especially for medical and other emergencies.

The Mayor also updated the Minister on the municipality’s improvement work of services at the Wazen border crossing as its initiative in assisting the central Libyan authorities in completing other related projects, the costs of which could not be covered by the municipal.

In response to these proposals, the Minister instructed the competent authorities of his Ministry to form a working group and conduct a field visit to the city of Nalut to study these proposals and develop a workplan for its to implementation.

The Minister recalled the recent decision by his government to establish a centre for the management and operation of all of Libya’s land border crossings. This new body will be in charge of all matters related to land border crossings akin to the role played by the Airports and Seaports authorities.

On another note, Nalut Municipality launched its road naming project yesterday with aim of putting up road names on most of its main roads. The road signs will be in Tamazight, Arabic and English.

All Libya’s airports and border crossings will receive new maintenance