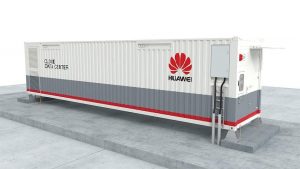 Tatweer and Trans Saharan are to open a new advanced data centre for e-commerce and e-card payments (Photo: Tatweer).

An agreement was signed in Benghazi last week between the private sector Trans-Saharan Telecommunications Company and the state Tatweer Research (part of the state Libyan Local Investment and Development Fund – LLIDF).

The agreement entails the to establishment of a data centre in Libya with the latest (TIER 3) international specifications.

A Tier 3 data centre is a location with redundant and dual-powered servers, storage, network links and other IT components. It is one of the most commonly used data centre tiers, where IT components are powered with multiple, active and independent sources of power and cooling resources.

The signatories say that the data centre housing servers will have a huge capacity connected to the internet at high speed which are either used as complete servers or divided servers for VPS, co-hosting accounts or reseller hosting.

They hope the centre will facilitate the provision of cloud services to many government agencies and companies operating in the private sector, and it is expected that the centre will serve the financial sector primarily, where there are great endeavours to have the centre certified by PCI (Payment Card Industry), a worldwide industry body that checks security measures related to payment gateways, e-commerce sites and banks, so that it can conform to PCI DSS (Data Security Standard) specifications and standards.

The PCI DSS standard is an information security standard for organizations that handle branded credit cards from the major card schemes. The standard was created to increase controls around cardholder data to reduce credit card fraud.

This agreement was signed between the Chairman of Tatweer Research, Khalid Al-Mufti and a member of the Board of Directors of Trans-Saharan, Naaman ElBouri. Al-Buri stressed the keenness of his company in agreeing several partnerships between the Libyan state and private sectors, adding that “without effective participation between the two sectors there will be no renaissance in Libya,” adding that his company is in the process of contracting with several other companies in the telecommunications sector, which will be announced soon.

Khalid al-Mufti, Chairman of Tatweer Research, also stressed that the development of its vision in building a knowledge-based economy in Libya, where he stressed that it is impossible to achieve this vision without such partnerships with leading private companies in the field of technology such as Trans-Saharan company.

For his part, Zakaria Farhat, General Manager of Trans-Saharan, said that this step aims to strengthen the service sector such as financial technology and electronic marketing that accelerate economic growth, and that sensitive and sovereign information is preserved in a secure environment locally accessible in case of the interruption of Libya’s submarine cable (as happened in the past). He added that this new service enhances the independence of the service sector, consolidates expertise and qualifies national competencies capable of development and creativity.