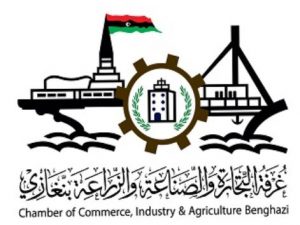 Libya’s eastern-based Interim government is to build a 300,000 barrels per day (bpd) oil refinery in Tobruk, the Benghazi Chamber of Commerce revealed on Sunday.

“In the past years, our focus has been on the need to settle a refinery in Tobruk, and the (eastern based) prime minister has responded and issued a decree authorizing the National Oil Corporation (NOC) to build a refinery in Tobruk with a production capacity of 300,000 barrels per day,” House of Representative (HoR) member Al-Salheen Abdul Nabi was quoted by the Chamber.

Introductory Conference on General Policies for Economy, Investment and Financing in Libya

“This refinery will accommodate at least 2,500 users in the future,” he had added.

The Chamber also reported that the HoR member had confirmed that the NOC and the Interim Government had authorized al-Rahila Oil Services Company to build the refinery.

He reported that al-Rahila had begun to ”sign partnership agreements with international companies to implement this refinery on a Build-Operate-Transfer (BOT) basis”. The identity or nationality of these companies was not revealed.

A 15 hectares site is to be allocated for the refinery that is close to the pipeline coming to Tobruk from the Messela-Sarir oilfields as well as to the coast to enable the refinery to export its production. It was also pointed out that the current existing refinery lacked capacity and because it was in the middle of an urban area the new refinery could not be built near it.