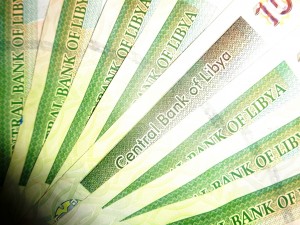 The “Libyan Economic Reforms”, which in reality were Fiscal Policy Reforms to address Monetary Policy failures have been and are a success story. The printing of new money by the Eastern Central Bank of Libya (CBL) branch of LD 10 billion and by the Western CBL of LD 18 billion and the selling of foreign currencies at a fraction of their market parity price resulted in 40 percent-plus of growth in Libya’s money supply (M1).

All of Libya’s monetary policy failures were due to the galvanization and polarisation of the seven CBL Board of Directors into two groups. (Three support the East, two support the West, one resigned and one position is contested between two Government of National Accord (west) and Interim Government (east) Ministry of Finance Undersecretaries). The result of this was rampant inflation and the erosion of the local currency; the Libyan Dinar (LD).

The so called ‘‘reforms’’, despite their limited application “DID WONDERS ” in a spate of just 14 months since they were decreed in September 2018.

The LD value versus the US$ almost doubled, likewise the purchasing power of the LD doubled, making most goods and services at 50% of September 2018 prices.

The strengthening of the local currency was a direct result of the foreign currency levy that was decreed in October 2018 by the Presidency Council President Faiez Serraj. The FX Fiscal Surcharge or Levy was then set at 183 percent and was reduced to 163 percent in March 2019.

But, be it by calculation or by mistake, the Levy was limited in scope. It was applied only to Commercial and Personal Transfers (a maximum of 10,000-00 US$ per person per year), it also applied to unlimited private education and hospitalization abroad.  But it did not extend to ALL FX sales, leaving open a loophole for great potential misuse by the Government.

The sales of foreign currencies to government procurement offices and organizations, Ministries and their administration, health , education, subsidies, security, oil, travel, students, Ministry of Finance Affairs, the LIA  and others, were exempt from the levy and sold foreign currency at the base rate of about 1.400 LD/US$.

The government allowed itself a loophole to benefit from a cheap US$ at the base rate totalling US$ 7 BILLION.  The CBL had also taken liberty to exempt the so-called (Hard Currency Annual) ‘‘Family Allowance’’ of 1000-00 per annum accessible to every Libyan citizen at the favourable rate of 1.400 LD/US$. The total amount sold exceeded US$ 6.2 Billion in the first 10 months of 2019.

The bulletin reported that the CBL had sold in total for commercial, personal, subsidies and government over US$ 21 billion in 10 months and it is likely to sell US$ 24 billion by year end.

The sale of US$ 8.2 billion with an FX levy of 165 percent for Commercial and Personal users realized for the state LD 30 billion. This is compared to US$ 12.8 Billion sold to the government “free of any FX Levy” including FX allocated for subsidies, in total realized a meagre LD 12 billion – less than an average of LD 1.000 per US$.

This, in my view, is madness.

In conclusion, based on the above, had the head of the Presidency Council, Mr Faiez Serraj enforced the FX Levy on ALL private, Government, subsidy, and travel foreign currency sales and transactions – Libya would have now enjoyed:

To save Libya and its economy, the Faiez Serraj-led Presidency Council has to extend the application of the FX Levy to ALL FX sold without exception. If implemented on all FX sales, we will see a stable, healthy growth of the Libyan economy in double digits – in a matter of months and in less than a year.

However, if the Presidency Council wants to benefit from a cheap, unsustainable US$ free of the FX levy, I am sad to say, we will have many more wars looming over the horizon with everyone trying to jump and grab what they can from the Libyan rentier state – all in the name of the Libyan people!

Husni Bey is one of the leading Libyan businessmen and the chairman of the Beyson Group which owns a number of companies including in the retail, oil and gas, banking and telecoms and IT sectors.

These views represent the author’s views and do not necessarily reflect those of Libya Herald.