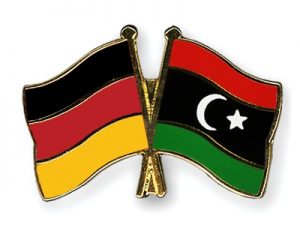 Germany has confirmed that the head of the internationally recognized Libyan government based in Tripoli, Faiez Serraj, and the head of the mainly eastern-based Libyan National Army, Khalifa Hafter, have been invited to the 19 January Berlin conference on Libya.

The USA, Russia, China, France, UK, Italy, Germany, Turkey, UAE, Republic of Congo, Egypt and Algeria, as well as the United Nations, the European Union, the African Union and Arab League – have all been invited.

Congo was invited is because its president, Denis Sassou Nguesso, chairs the African Union’s High-Level Committee on Libya. Surprise has been expressed by certain commentators that Libya’s neighbour, Tunisia, had not been invited even as an observer.

It will be recalled that Khalifa Hafter, leader of the forces attacking the Libyan capital Tripoli, left Moscow Tuesday without signing a long-term Libya peace deal proposed by Russia and Turkey.

This came after Faiez Serraj had signed the deal on Monday and left Moscow. Hafter had asked to be given time to consider the deal until Tuesday.

The proposed deal came after a ceasefire was agreed on Sunday to halt Hafter’s Tripoli attack launched last April.

Whilst Mitiga airport has reopened, some closed state schools that had announced the planned resumption of study are reported to be having second thoughts after Hafter had refused to sign the Moscow deal. Many private schools have reopened since Sunday.