Faltering international steps in Berlin towards peace in Libya 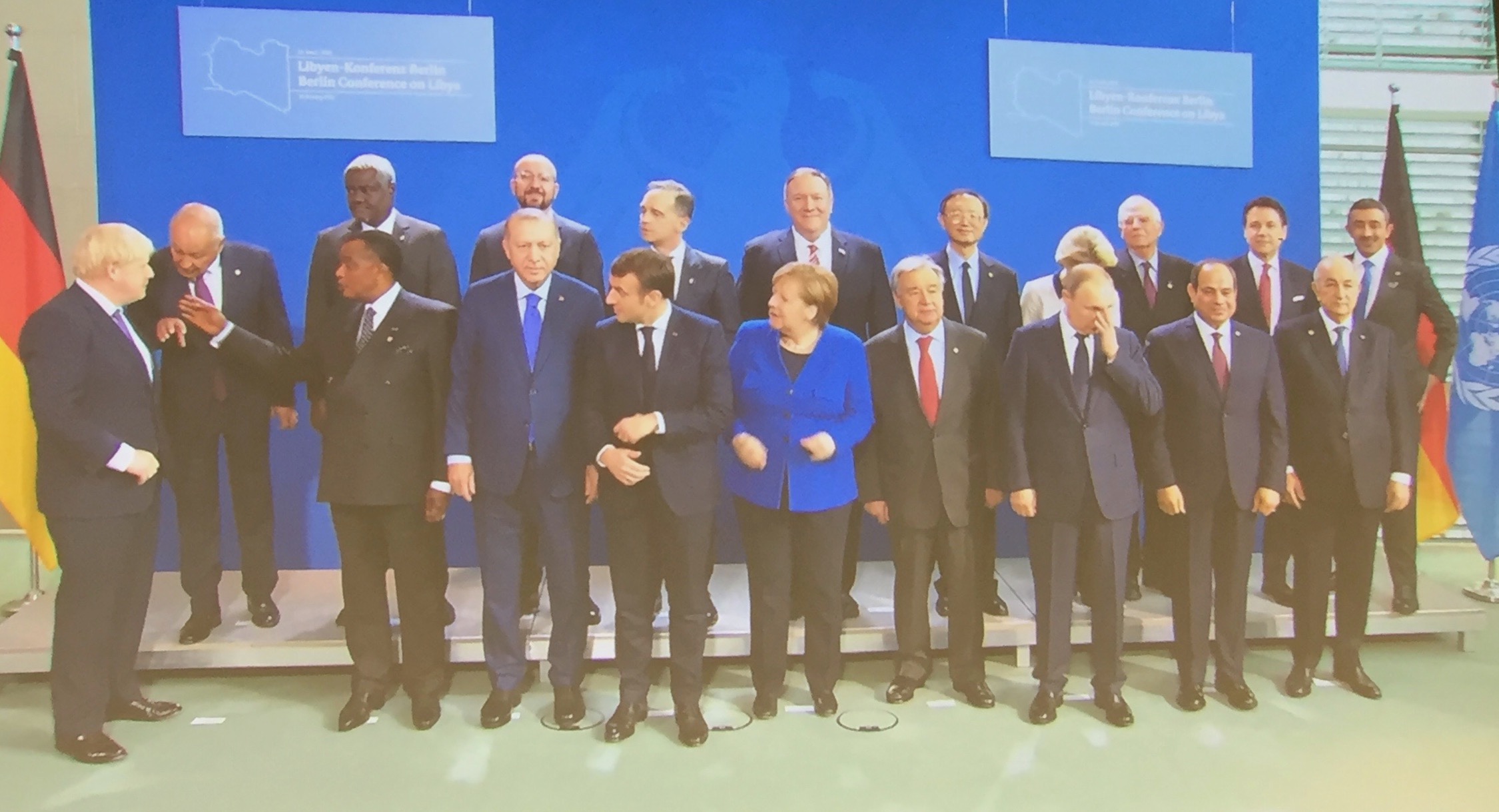 Leaders in Berlin for the Libya conference (Photo: LH)

Leaders of the main countries involved in Libya today agreed in Berlin to take steps to turn the fragile truce around Tripoli into a permanent ceasefire. They also agreed that no further military support, including weapons, should be provided to the combatants in Libya. No sanctions for any violations were discussed, however.

Speaking at a press conference after the meeting, German Chancellor Angela Merkel said that the truce which started in 12 January would continue and that a committee of ten military officials – five appointed by Faiez Sarraj, head of the Government of National Accord (GNA), and five appointed by the head of the Libyan National Army, Khalifa Haftar, would be set up and meet in Geneva in the coming days to work out the basis for a lasting ceasefire.

The meeting followed a call by Putin and Erdogan on 8 January for a ceasefire which was accepted by Sarraj but initially rejected then accepted by Haftar, and on 13 January by a meeting in Moscow attended by both men which again saw Sarraj signing up to a ceasefire but not Haftar. In Berlin, neither joined in the talks, refusing to be in the same room as the other, but they were kept informed of the discussions and agreed to continue the truce while the 5+5 military committee worked for a more permanent outcome.

According to both Merkel and Guterres, the international leaders agreed that there had to be an internal Libyan political solution to the conflict.  There could be no military solution.  There had to be a return to dialogue.

There was, however, no commitment to withdraw existing military support either by Turkey, the UAE, Russia or any other external players. The language used at the press conference also indicated there had been no break-though. “We have sent a strong signal that we are committed to a solution”, said Guterres, who likewise called on all actors “to respect” the arms embargo.

According to German Foreign Minister Heiko Maas, a timetable had been agreed with Russia and Turkey to end their support for the two sides.

It is claimed that behind closed doors, that there had been strong differences of opinion between some of the world leaders, with French President Macron reportedly telling Erdogan to end military intervention in Libya. Shortly before the conference got underway, moreover, the EU’s foreign policy chief had suggested to journalists that a ceasefire would be agreed in Berlin. It did not happen.

Among numerous Libya specialists and media in the German capital, however, there were concerns that the expectations if the conference had not been met, that no break-though had been achieved and that the conflict would continue.