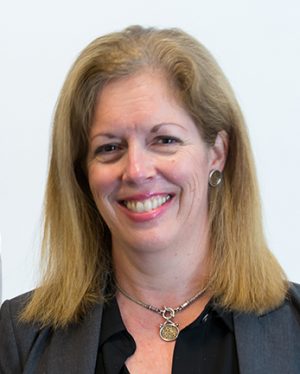 United Nations Secretary-General António Guterres announced yesterday that Stephanie Williams will be his Acting Special Representative and Head of the United Nations Support Mission in Libya (UNSMIL) with immediate effect.

The statement said that Ms. Williams will act as Special Representative in Libya until the appointment of a successor for Ghassan Salamé of Lebanon.  Guterres said he was ‘‘grateful to Mr. Salamé for his accomplishments at the helm of UNSMIL, and his tireless efforts to bring peace and stability back to Libya.’’

The UN statement said that Ms. Williams brings more than 24 years of experience in Government and International Affairs.  She had served as Deputy Special Representative (Political) in UNSMIL since 2018.  Prior to her appointment, she served as Chargé d’Affaires, a.i. at the United States Embassy in Tripoli (Libya External Office).  She has held various positions, including as Deputy Chief of Mission at the U.S. Missions in Iraq (2016-2017), Jordan (2013-2015) and Bahrain (2010-2013), where she led the Embassy as Chargé d’Affaires for 10 months.  She also served as a Senior Adviser on Syria and at the U.S. Embassies in the United Arab Emirates, Kuwait and Pakistan.  At the United States Department of State, Ms. Williams has served as the Jordan Desk Officer, the Deputy Director of Egypt and Levant Affairs, and the Director of the Maghreb Office.  She previously worked in the private sector in Bahrain.

What seems like the temporary promotion of Williams comes on the back of media reports and speculation that Ramtane Lamamra, the 68-year-old former Algerian foreign minister, has been proposed as successor to Salamé. There are further reports that a Tunisian former prime minister has also been suggested. Both would fit the bill as Africans. None of these reports have been confirmed.

It also coincides with Faiez Serraj’s visit to South Africa this week. Efforts have been taking place in South Africa to work on the roadmap to a solution in Libya. South African President Cyril Ramaphosa is the chairman of the African Union (AU) this year and, as such, it gives South Africa a lead role in dealing with a number of regional and international issues affecting the continent.

Sarraj flew to South Africa this week and on 10 March met Ramaphosa in Pretoria. According to the South Africans, the meeting was at Sarraj’s request.

Also, in South Africa, and clearly in a coordinated development, was the US ambassador to Libya, Richard Norland. On 11 March he met with Sarraj as well as with South African officials to discuss possible South African and AU involvement alongside the UN in resolving the Libya crisis.

There are reports that Ramaphosa wants an African to replace Ghassan Salamé as UN special envoy to Libya. This is possible as at the AU summit in Addis Ababa on 9 February, UN Secretary-General Antonio Guterres agreed that the AU should have greater input in trying to solve the Libyan crisis.

Its no secret that the UN had to search high and low for months for a replacement for Martin Kobler’s successor – before Salame eventually accepted the UNSMIL head role. There is no reason to think the position has become any more attractive. Equally, Salame’s successor has to be a consensus figure – pleasing Russia and France. It is possible Williams may inherit the position by default or continue to run UNSMIL in her ‘‘Acting’’ UNSMIL head.