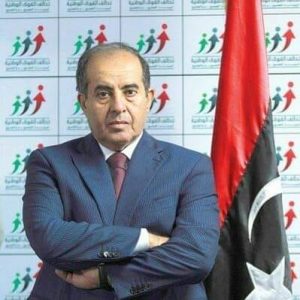 The NFA had announced on 26 March that Jibril had contracted the virus but was stable. He had had a heart condition.

Jibril took over the Executive Office of the National Transitional Council (NTC) following the uprising against the Qaddafi regime in Libya’s 2011 17 February revolution – part of the region’s Arab Spring revolutions.

During the Qaddafi era, Jibril first headed Libya’s National Planning Council and then the Economic Development Board. He was associated with the so-called reformers at the time led by Saif-Al-Islam Qaddafi.

Jibril went on to lead the National Forces Alliance, a coalition of mostly ‘‘liberal’’ Libyan parties and NGOs, established in 2012 in the run-up to the country’s first post-Qaddafi democratic parliamentary elections to the General National Congress (GNC). Despite winning the most seats of any party (39 out of 80 seats in the seats reserved for parties), the NFA did not muster an overall majority in the GNC.

Analysts say Jibril and the NFA managed to somehow squander a historical opportunity to push Libya forward as it was outmanoeuvred by a combination of militias and Islamists. His detractors always held the fact that he was from the Wirfalla tribe and the fact that he had worked with the Qaddafi regime against him. His association with the Zintan militias later on also worked against him in the long run.

The NFA was transformed into a political party in February last year.