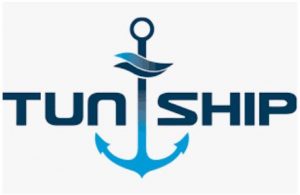 The inaugural Sfax-Tripoli shipping line was launched Saturday with the first ship docking at Tripoli port on Sunday (Photo: Tuniship).

The inaugural ship carrying goods from the port of Sfax, Tunisia, left Sfax on Saturday and arrived at Tripoli port on Sunday, Libya’s Tripoli based Transport Ministry confirmed yesterday.

The ship was carrying Tunisian goods, mainly fresh produce including fruit. The Libyan Ministry said it was carrying 134 containers – Tunisian media reported about 300 containers onboard the ship.

The ship will make another trip to Tripoli on 4 May. Tuniship is the acting agent for the service.

On a related Tunisian-Libyan bilateral trade matter, the ship’s arrival coincides with movement in the case of the stranded Libyan lorries at the land border.

It will be recalled that 180 lorries have been stranded attempting to enter Libya since 20 March but fell victim to the two country’s anti-Coronavirus measures.

The lorries are loaded mostly with foodstuffs in anticipation of the peak demand month of Ramadan. On 16 April, the Tripoli Chamber of Commerce called on the Libyan government to solve the crisis and held it responsible for any further delays.

On Friday 24 April the Deputy Tripoli Interior Minister visited the impounded lorries as the process of their release got underway.