Indiscriminate shelling of Tripoli’s civilians continues in holy Ramadan despite internationals calls for, and an LNA announced ‘humanitarian’ ceasefire 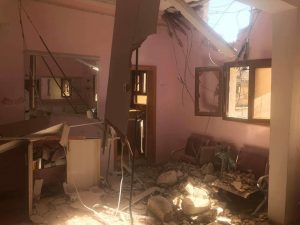 The indiscriminate shelling of civilians in Tripoli has continued unabated over the last week or so despite the unilaterally declared humanitarian Ramadan ceasefire announced by the Khalifa Hafter led Libyan National Army on 29 April.

On Wednesday, Bu Sleem municipality condemned the latest shelling to hit civilians leading to 2 deaths and 8 injuries as well as damage to property and vehicles. The shelling was attributed to Hafter’s LNA.

It must, however, be pointed out that the internationally recognized Libyan government based in Tripoli rejected the unilateral LNA ceasefire insisting that the Hafter’s LNA had a track record of violating ceasefires and called for international monitoring of any ceasefire. 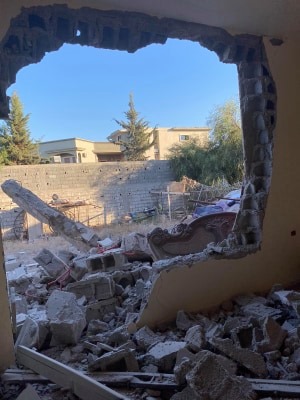 In its latest report to the UN Security Council on Tuesday (5 May), International Criminal Court (ICC) Prosecutor, Fatou Bensouda reminded that military commanders can be held responsible for crimes committed by their forces and have a duty to prevent such crimes.

She described the LNA as a militia.

Bensouda said her Office was working on new arrest warrants and was concerned about the high number of civilian casualties from airstrikes and bombings. She said the ICC was analysing information on possible crimes under the Rome Statute such as the intentional attacks on civilian sites and issues of proportionality. 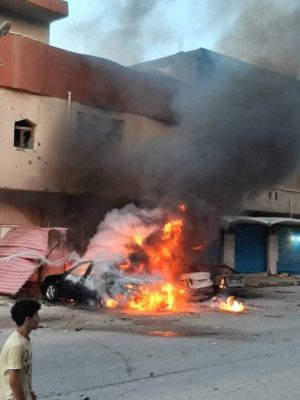 ‘‘All parties to the conflict must respect their obligations under international humanitarian law including complying with the  principles of distinction, proportionality and precautions in attack to prevent civilian casualties’’, said Acting Special Representative for the Secretary General and Head of UNSMIL, Stephanie Williams.

UNSMIL renewed its call for all parties to the conflict to immediately halt all military operations, and allow the authorities to respond to the threat of COVID-19.