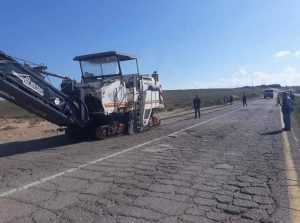 Libya’s Roads and Bridges Authority announced yesterday that it is currently studying a proposal for the construction of a southern Tripoli circular bypass road, which they are calling a ‘‘crescent’’.

The proposed new circular bypass would be from the area of Gwea to the 27 km bridge which intersects the main coastal motorway between Tripoli and Zawia.

The Authority said that the aim was for the new bypass to take heavy goods vehicles and heavy machinery bypassing central Tripoli. It would also reduce Tripoli traffic generally by taking away traffic that currently goes through Tripoli on its way west to east and vice versa.