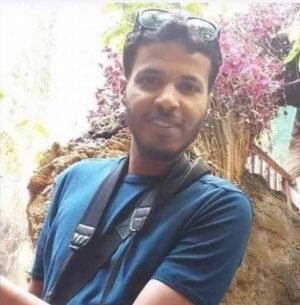 There has been widespread domestic and international condemnation of the 15-year prison sentence handed by an eastern military court of photojournalist Ismail Abuzreiba (Photo: Social media).

There has been widespread condemnation of the 15-year prison sentence handed to Libyan photojournalist Ismail Abuzreiba by a military court in Benghazi. He had already served more than two years in detention.

On Friday, UNSMIL expressed its “displeasure and concern” over the 15-year prison sentence and called for his “immediate release”.

“His detention and his trial could violate Libya’s laws and international obligations to the right to a fair trial and the right to freedom of opinion and expression,” it added.

On Saturday, the EU called for Abuzreiba’s immediate release and the guarantee of respect for his fundamental rights. Several Libyan NGOs and rights organizations condemned the prison sentence and the fact that it was passed by a military court. They demanded that he be referred to a civil court.

Abuzreiba worked for several Libyan media outlets but was arrested in 2018 accused of working for the Al-Nabaa satellite TV channel, which is banned in eastern Libya. It is deemed an ‘‘Islamist’’ channel by the eastern Libyan authorities.