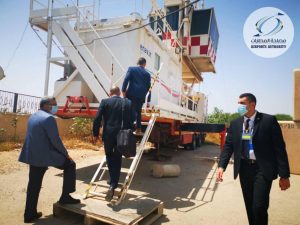 Mitiga was scheduled for reopening anyway sometime in August, but its reopening date may have been brought forward as a result of yesterday’s fire at Misrata airport that destroyed its passenger terminal. Initial unofficial reports say an electric short circuit may have caused the fire.

The Airports Authority said that it could not reopen Mitiga airport any earlier due to ongoing maintenance work.

Misrata airport had reopened Sunday 26 July to one-way commercial flights carrying passengers out of Libya to Istanbul and to exceptional flights from all over Europe organized to repatriate stranded Libyans abroad.

Meanwhile,  the Airports Authority also reported that a specialist delegation from the Maltese Civil Aviation Authority visited Mitiga airport yesterday to ‘‘inspect and evaluate the airport and its facilities and determine the possibility of operating scheduled commercial flights between Libya and Malta’’.

It will be recalled that Libya’s rising Coronavirus cases are delaying some semblance of normality with the recommencement of scheduled commercial flights in and out of Libya. While Turkey has agreed to let outgoing passengers from Libya land at Istanbul, there has been no such agreement forthcoming from neighbouring Tunisia.

Tunisia, which has done a great job in controlling the spread of Corona, has also yet to reopen its land borders with Libya to normal two-way traffic.