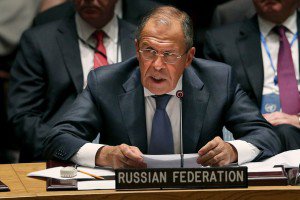 Speaking at a joint press conference with German Foreign Minister Heiko Maas in Moscow on 11 August, Russian Foreign Minister Sergey Lavrov said ‘‘We also share an interest in settling the situation in Libya. We reaffirm the commonality of approaches of Russia and Germany on the need to settle this conflict on the principles that were set forth in the final documents of the Berlin Conference on Libya and confirmed by the relevant UN Security Council resolution.

The need to fulfil the Berlin agreements in full remains current. We agree with this. The further escalation of violence in Libya threatens to destabilise the situation not only in that country but also in the Middle East and North Africa as a whole.

We believe that the final goal of our efforts must be the restoration of the sovereignty, territorial integrity, and statehood of Libya, which were crudely violated as a result of NATO’s venture in 2011 in circumvention of the relevant UN Security Council resolution’’.