USAID, UNSMIL, UNDP and World Bank to install solar system to power the MMR and provide electricity for South Libya 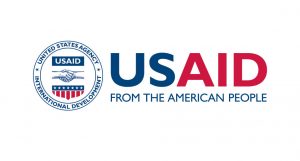 USAID, UNSMIL, UNDP and the World Bank are to install a solar system to power the MMR and provide electricity for Libya’s South (Logo: USAID).

The project will mean that clean renewable energy will be used to ensure a more reliable water and power supply in Libya, the announcement stated.

Giving more details, the statement revealed that solar plants will be installed along the MMR to provide the power needed to supply water for Tripoli, and boost electricity supply in southern Libya to the towns and tribes along the river.

The statement noted that the MMR ‘‘is the world’s largest irrigation project and a vital source of drinking water for 70% of the country’s population’’.

It will be recalled that since the 2011 17 February revolution that overthrew the 42-year old Qaddafi regime, Libya has, on and off, suffered acute electricity and water shortages.

This is part due to war damage, part corruption and mismanagement and part due to wilful blockades and damage to water and electricity infrastructure as an expression of political/social/economic grievances.

The 14-month war launched by Khalifa Hafter on Tripoli in April 2019 certainly did not help.

In response to a request for further information about the deliberations of the April meeting and the aims of the Reform Task Force, the U.S. embassy in Tripoli (currently in Tunis), provided Libya Herald with further details.

The Task Force was charged with the development of strategic policy, regulatory and operational measures to support a sustainable Libyan electricity sector.

The members of the Task Force, chosen by the internationally recognized Libyan government in Tripoli, will play a significant role in the electricity sector.  They include customers, suppliers, and independent entities. The Task Force was meant to meet once a month.

The U.S. Government is making expert advice available to support the work of the Electricity Sector Reform Task Force as it seeks to improve reliable electricity to the people of Libya.

With USAID assistance, GECOL developed the Electricity Sector Reform Roadmap in 2017. The goals of this Roadmap are:

However, in reality, GECOL, and the Tripoli government, have since failed miserably to reform the country’s electricity sector. Frequent and acute power and water cuts, including total blackouts have occurred often since 2017.

This led the Tripoli government to sack GECOL’s chairman, CEO and board of directors in July this year after demonstrations against power and water cuts.

It must be recalled that Libya has since 2011 signed numerous agreements with foreign states and companies, including the U.S.’s General Electric in July 2018, and Germany’s Siemens in August 2017, with no tangible improvement in electricity production.