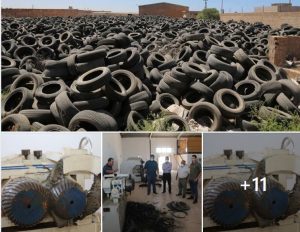 The Municipality of Benghazi announced yesterday that its recycling plant for discarded tyres went into operation.

The Municipality said the plant will use discarded tyres scattered throughout the municipality and recycle them to convert them from waste and tyre residue to an ‘‘added value’’ product that contributes to the national economy.

The process will also help preserve the environment and better management of solid waste.

The project is implemented in coordinated with the Mediterranean Company, part of the Economic and Social Development Fund (ESDF).

The Municipality revealed that the second phase target of the project is the recycling of plastic which is expected to start soon.

Foreign company to be contracted for city cleaning, recycling and pest control